I wasn’t expecting to write about purple again so soon, but then some of it fell out of the sky.

We had a torrential storm, with enough rain that there was a short-lived stream in the back yard. Some of the rain apparently caught purple migrating across the sky and brought it down too, and it all flowed into one place before the water subsided and it settled into a sticky, contiguous patch.

Though it is a different organism, it evokes a strangely-colored algal bloom. Like algal blooms, these purple spores can cause interesting and sometimes harmful effects in animals that consume them. Properly processed, however, and unlike any algae that I know of, they can be infused with spirits into a sweet liqueur, which is the main ingredient in a unique cocktail.

In my batch, the rain had already gathered the spores and evaporated, which saved me some work. However, it also meant that the mass of spores contained impurities that I couldn’t filter out which made their way into the final cocktail. The result was a moist, earthy, almost mushroom flavor layered on top of the cloying sweetness of the spore.

You can see the result in the grayer purple of the drink, as well as the bright green leaves that evaded my filter and ultimately came to float on top.

Personally, I like the resulting ice crystals that persist for just the first few sips, but some prefer to let the texture stand on its own. You can instead add 0.5 oz of cold water to the drink and freeze it for 45 minutes, and then shake without ice to emulsify before pouring. 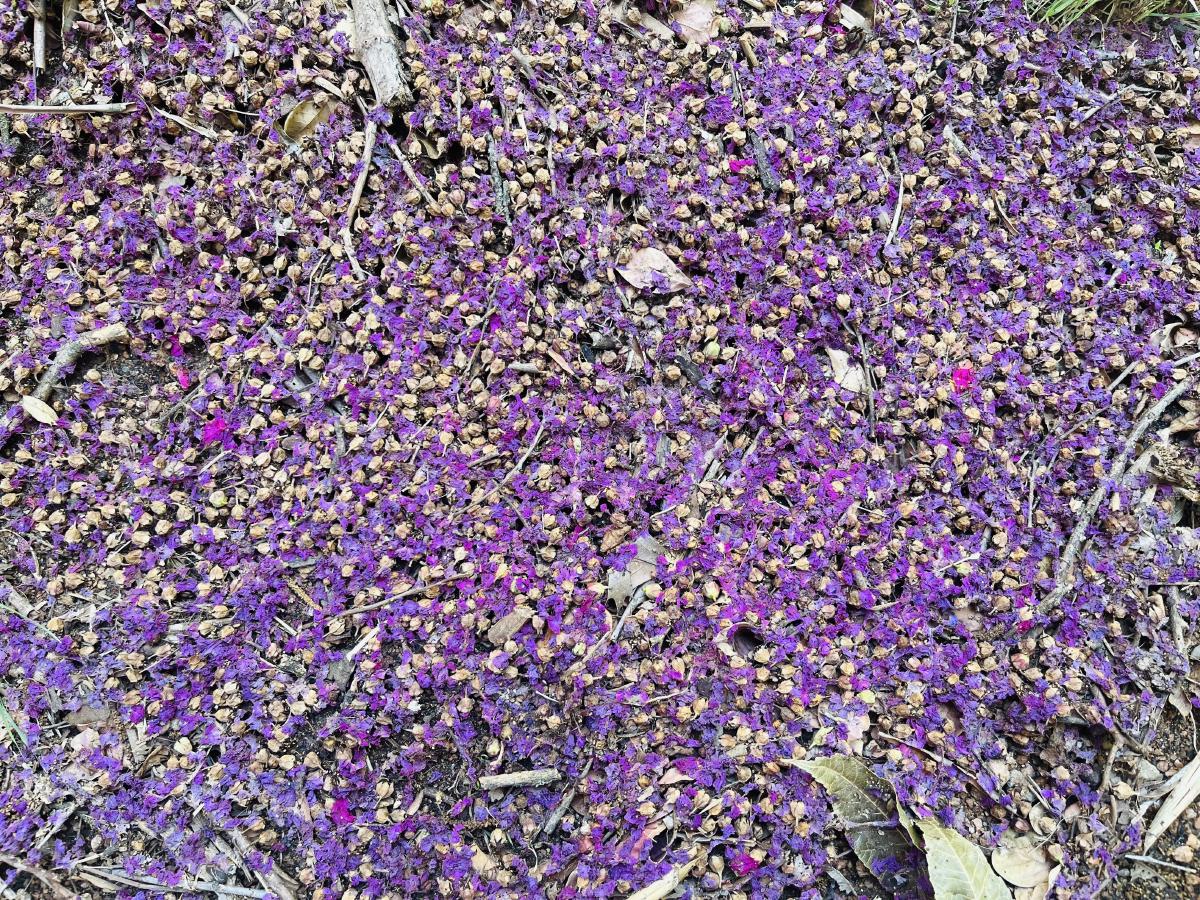 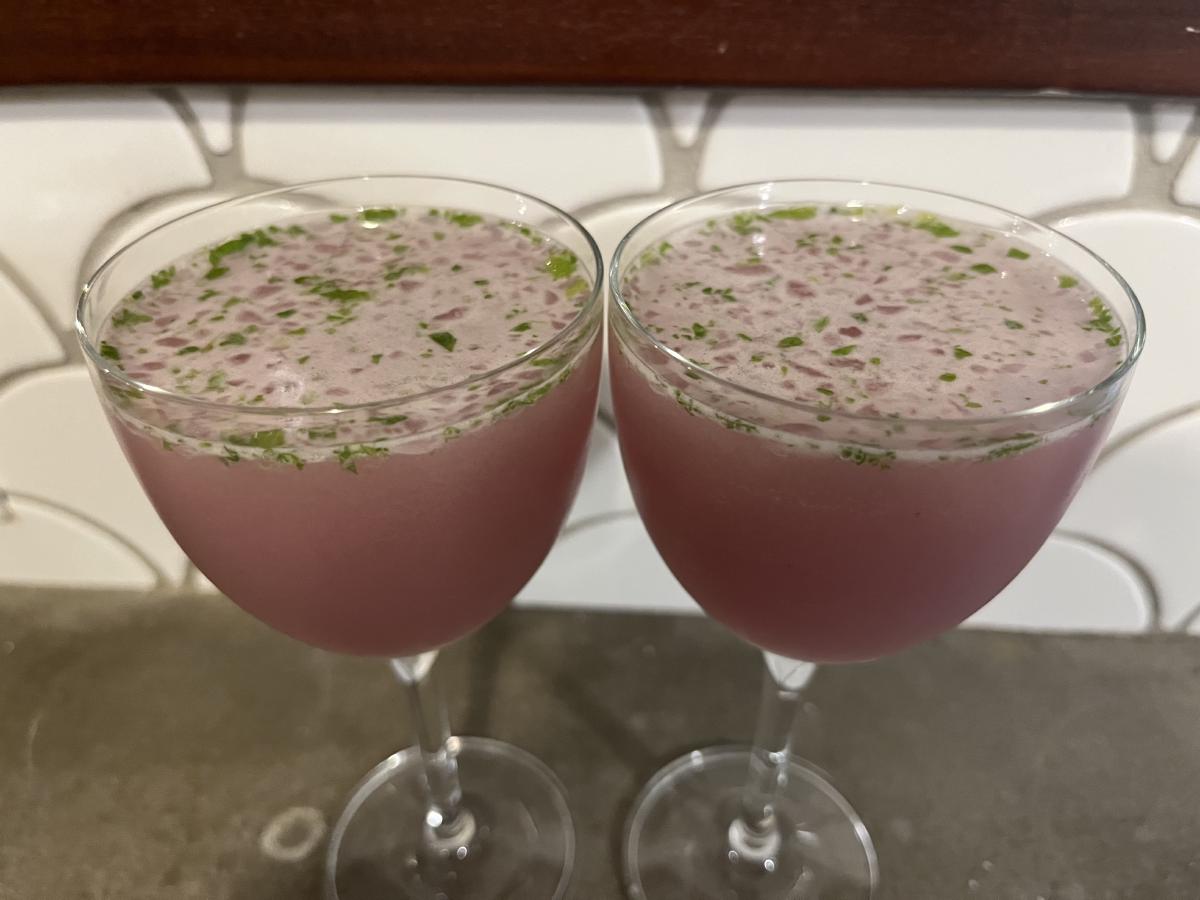